The Steelstown club was formed in 1987 by a few people who had played gaelic football in the county and had moved to live in the city.

Anthony Mc Gurk, the twice All Star from Lavey and his wife Mary, Philip Devlin from Drumsurn and his wife Marion and Mickey Doherty from Claudy were the founder members.

The first team formed was at under 12, and was actually called Steelstown/Pennyburn because it drew players from the two primary schools. Training took place at the nearby Templemore Sports Complex and matches in the first years were a mixture of friendlies in Co. Derry and Donegal and at various “blitz” competitions organised by the City Board.

While Anthony, Philip and Mickey were involved in training the youngsters Mary and Marion were also actively involved in driving and collecting them from training and matches and constantly washing and drying rigs. Through a bit of fundraising a couple of rigs had been purchased.

In 1989 leagues were arranged by the City Board and teams were entered at U-12 and U-14 level. In the following years the numbers at underage level were increasing and more and more boys and girls were playing gaelic football. Two new adult members to the club at that time have to take a lot of credit for this.

Brid Kelly-McIlroy was a teacher at Pennyburn primary school and a lover of the game. She came to training sessions with boys and girls tripping behind her like the Pied Piper. George Kellegher who hailed from Cork and had a son who played owned a red transit van was an invaluable source of free transport as well as a mobile changing room. Sadly both Brid and George have passed away in recent years.

Another addition to the club in the early years was Seamus Doyle from Ballymaguigan who has now gone on to be the very successful manager of Saint Michael’s Gaels in Enniskillen.

The club numbers increased in the mid nineties and with a strong committee saw Steelstown gain access to the North Derry Board in 1996. A senior team was formed mainly from veterans in the club who had played in their youth and were now attached to the city in one form or other. Most of the counties in Ulster had a representative on the team.

The matches were still played at the Templemore Sports Complex but for one year the club had the use of the old City of Derry rugby field on the Buncrana Road which now houses the Seagate Technology building.

The club at present has teams at U-8, 10, 12, 14, 16, minor and a senior team playing in Division 2 of the All County league plus a senior reserve team. For the first time in the Clubs short existence the Senior panel is made up of players who have graduated up through the ranks of underage, to become key elements of the senior team. It had become clear that the years of investment at underage were bearing fruit, not just for Steelstown, but for the County.

In 2002, Derry Minors, with two Steelstown players, Paul O’Hea and Marty Dunne, marched through Ulster, and on to Croke Park, in the semi-final versus a much fancied Longford team, Derry found themselves trailing. A penalty was award, Steelstown’s Paul O’Hea walked up, and coolly slotted the penalty home, much to the plaudits of Colm O’Rouke and Pat Spillane. The club now had two All-Ireland medals. Steelstown players were increasing winning awards outside the club, numerous Vocational all-stars, 15 Steelstown players helped St. Columb’s to a McLarnon Cup win in 2002.

One item remain illusive, A Championship. In 2003 the wait was over. The Clubs Under 16 team won the North Derry under 16 ‘B’ title with some clinical finishing up front. That was swiftly followed by a North Derry Under 14 ‘A’ title, with a team that played exceptional football all year, and were a joy to watch. Tony Jackson’s, Damian McMahon and Eddie Sweeney’s endless effort was fully rewarded. The under 14’s later went on to get narrowly beaten by an exceptional Kilrea team in the All-county final. (The Clubs First) . The Club went on to feature in North Derry Finals year-in year-out. Appearing in 4 out of 5 U14 Finals inr recent years.

2005 saw every Steelstown team, from U14 to Senior appear in their respective Championship Final, The 16’s won North Derry A, While the Minors cruised to victory in the u18 North Derry Final. The Seniors lost out to Glen Maghera in the Junior Final, while the U14’s lost to Dungiven. However the biggest prize of all was when the Seniors achieved promotion to Intermediate Football and Division 1. 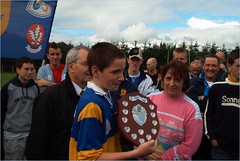 within the Club. A girls Under 12 team was established, but the demand was so great that under 14 and 16 teams quickly followed. Steelstown member, Emma Doherty in 2004 was named captain of the County Under 16 Team, and Steelstown provided a number of players to County minor panel. Successes have not only come on the pitch. They always had the dream of a home pitch in its Parish of Steelstown.

In 2003 the club’s new home pitch was opened on the Ballyarnet Road. A new £600,000 development of club rooms and changing facilities was completed at Páirc Brid, and was opened in March 2007 by then GAA president, Sean Kelly. The facilities have helped continue the growth of the club at all age levels. In 2005 Steelstown lost out 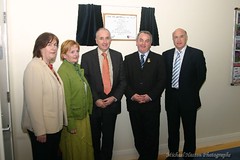 to Glen Thirds in the final of the Derry Junior Football Championship, however the Seniors achieved promotion

to Intermediate Football. Around this time the club also started a ladies’ team.

In 2008, Steelstown claimed their first ever senior title by defeating Limavady in the Dr Kerlin Cup finalin Claudy with unsung hero Conán Doherty leaping to fame with a heroic left footed effort to the back of the net.

In 2008 young Steelstown star Brian Óg Mckeever was diagnosed with cancer and later lost his battle with it. Brian Óg represented Derry under 15’s and under 16’s and was called into the Derry minor team before having to pull out due to illness. He captained the Steelstown teams up to minor level. Brian Óg had a huge influence upon every one who knew him. Steelstown decided to rename the club in honour of the committed footballer to Steelstown Brian Óg’s GAC. Steelstown also retired the number 5 jersey in his honour

Proud to be part of 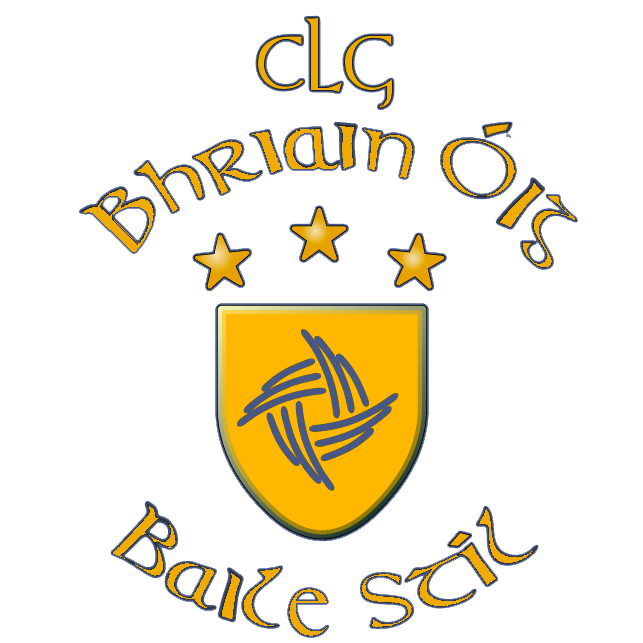 We Value Your Privacy
To provide the best experiences, we use technologies like cookies to store and/or access device information. Consenting to these technologies will allow us to process data such as browsing behaviour or unique IDs on this site. Not consenting or withdrawing consent, may adversely affect certain features and functions.
Manage options Manage services Manage vendors Read more about these purposes
View preferences
{title} {title} {title}